I’ve had the shoes for exactly a year and have used them as a bit of a workhorse, being my favourite training and work shoe.  They are the 282 model in a women’s size 6.5 (My old Roclite 285’s were discontinued and the 295’s didn’t come any smaller than size 7 in men’s – hence the choice)  They are the shoe I used for the majority of last winter’s training and for most of this year’s training on fell terrain.  I also used them for when my training required a shoe that could cope with both fell and trail running terrain.  They aren’t my only shoe, I used other models for racing and for training on purely trail terrain and once they got tatty I had to use something newer when working with clients!

The conditions that they’ve been used in are mainly those typical of the northern Peak District, i.e. wet, acidic soils, abrasive gritstone and rough heather.  It’s quite a testing environment, so how have the shoes fared after a year and a thousand miles of use? 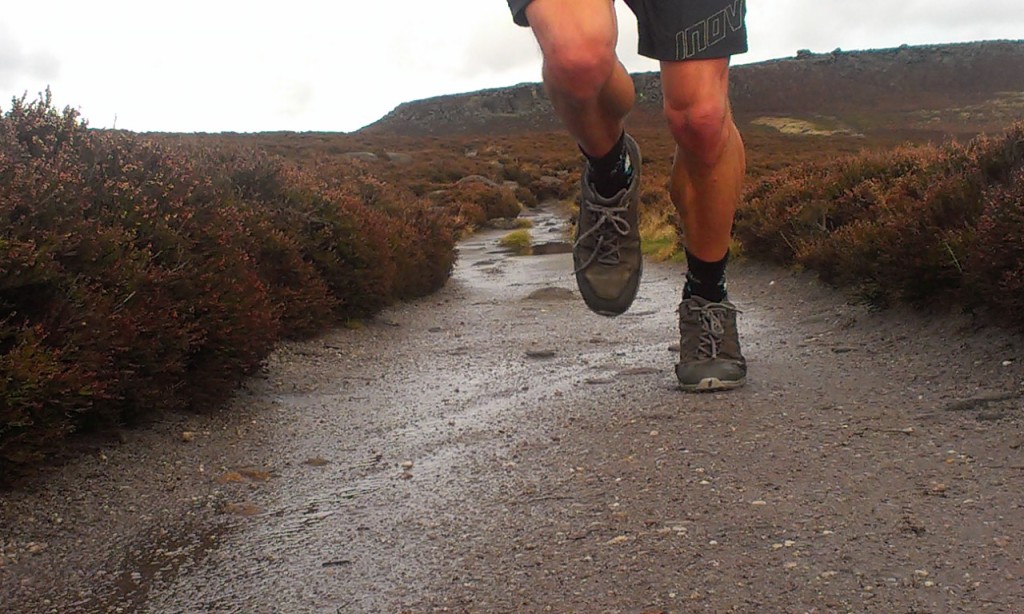 Trail running in the Peak District in Inov-8 Roclites

I usually find that it is the upper part of the shoe that fails before the sole.  Wet, acidic conditions, rough gritstone and coarse heather all eventually take their toll.  The Roclites have stood up pretty well, there are some small holes in the mesh and damage to the rand but they haven’t been holed completely.  I have been tempted to patch these up with shoe goo but I wanted to get to the magical 1000 miles before doing so!  The shoes have also retained their fit, i.e. they don’t feel loose or sloppy and I haven’t found that I need to lace them any tighter than I ever did. 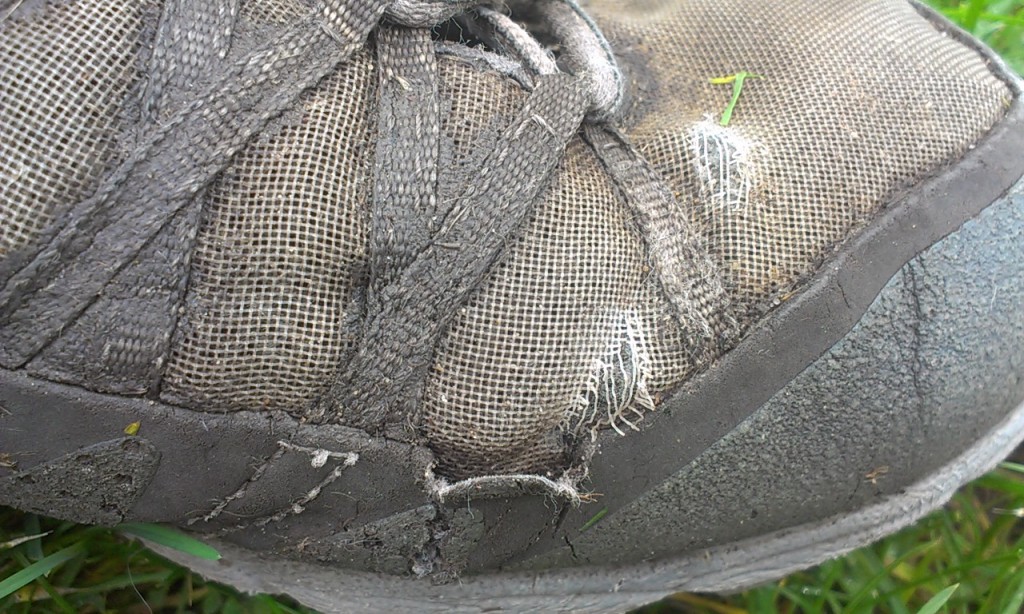 damage to the mesh and rand 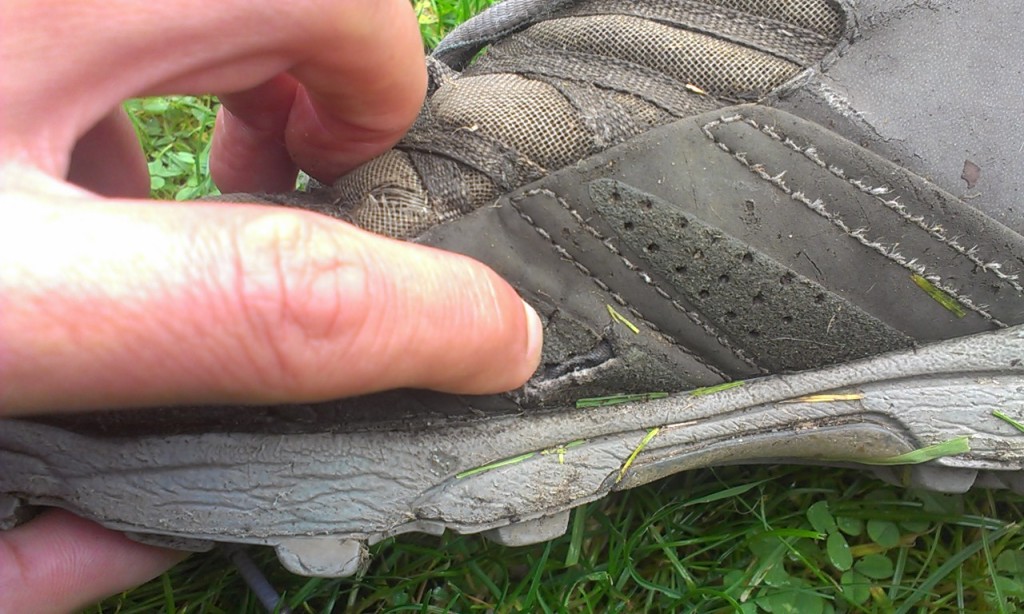 damage to the rand

Another area that wears is the heel tab, due to repetitive putting on and taking off of the shoe.  Again although the Roclites show some wear here it is less than might be expected after such prolonged use. 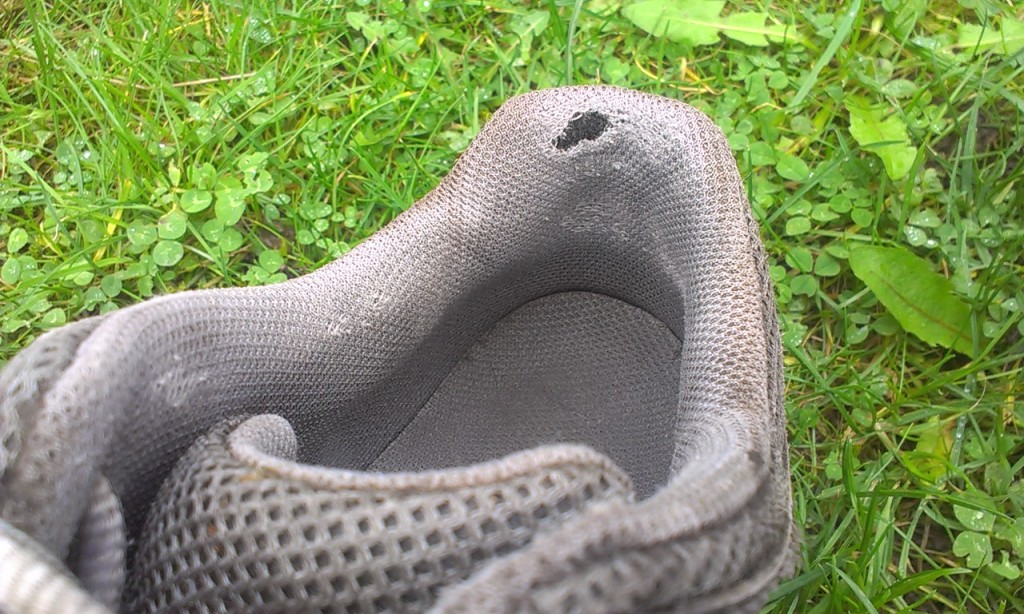 signs of wear on the heel tab

I have found that the Roclite’s sole stands up very well to wear and tear.  Even after 1000 miles mine still have a good amount of tread left on them. 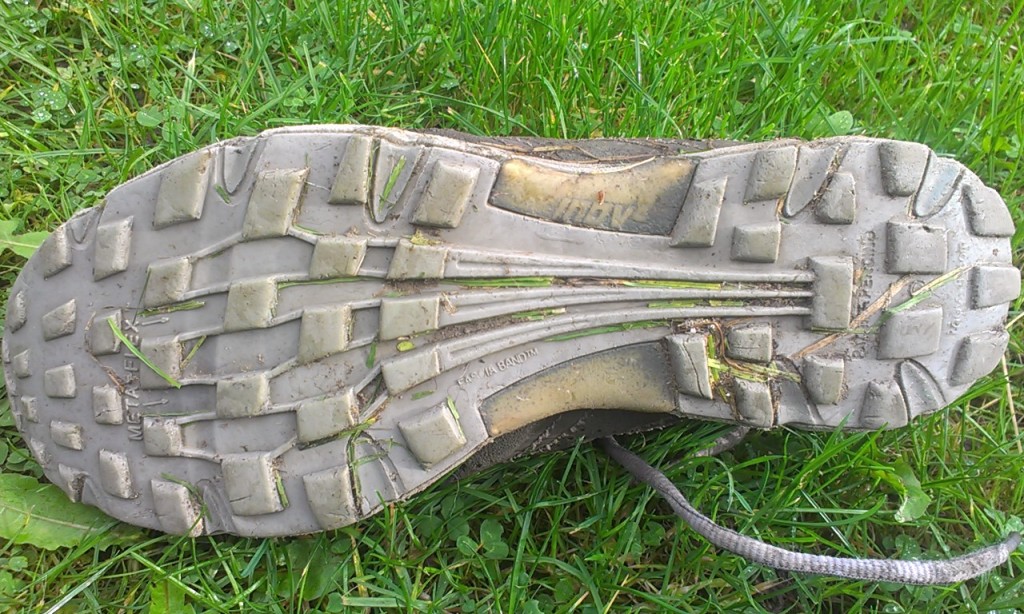 To be honest they’ve seen better days but it doesn’t take long for a fell running shoe to go from looking pristine to well used, especially when using it in wet, winter conditions. 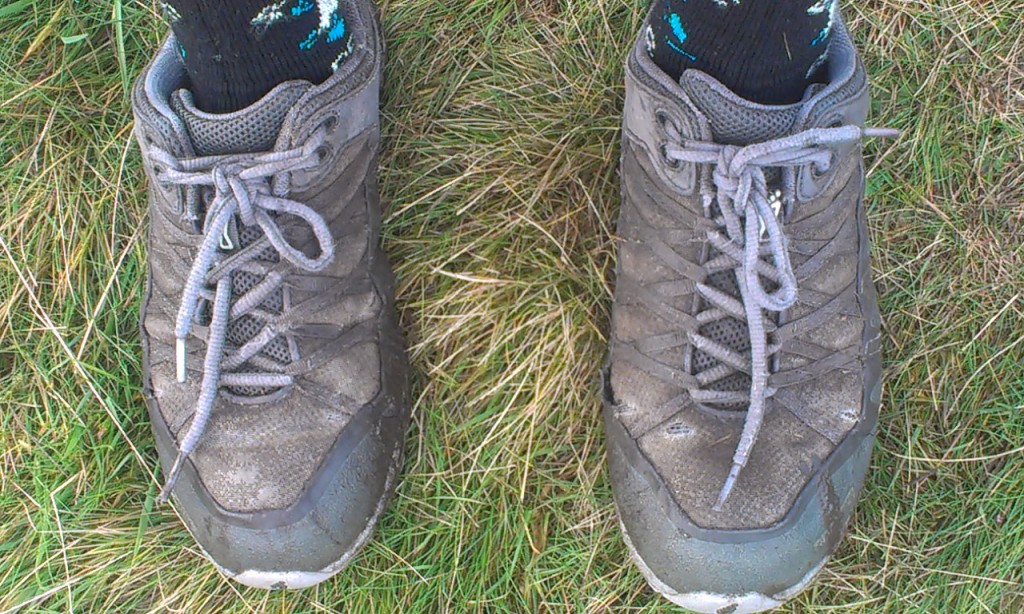 So, what to get next?  Well I really rate the Roclite, they are a great all rounder and if I could only have one pair of shoes I’d choose these.  Their versatility means that I can pack them for holidays knowing that they will cope with the conditions.  From running on Icelandic snow to sunny French mountains and wet English fells, they haven’t let me down. 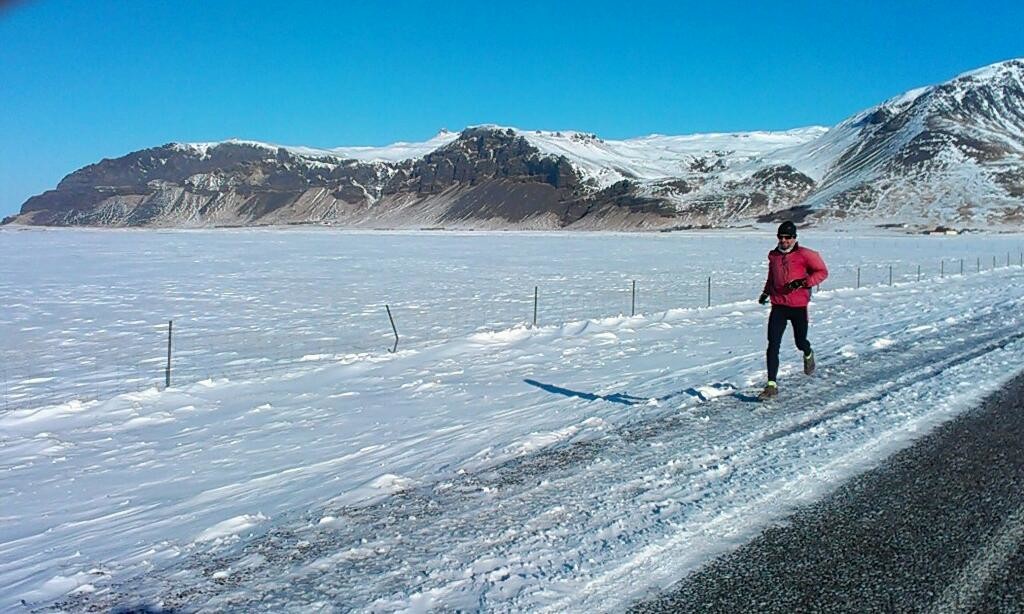 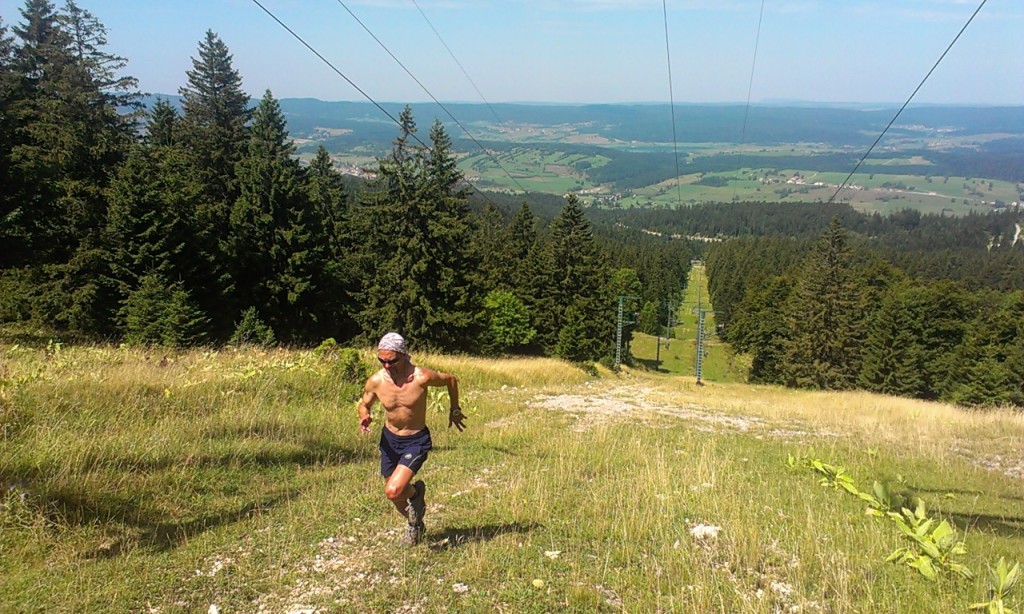 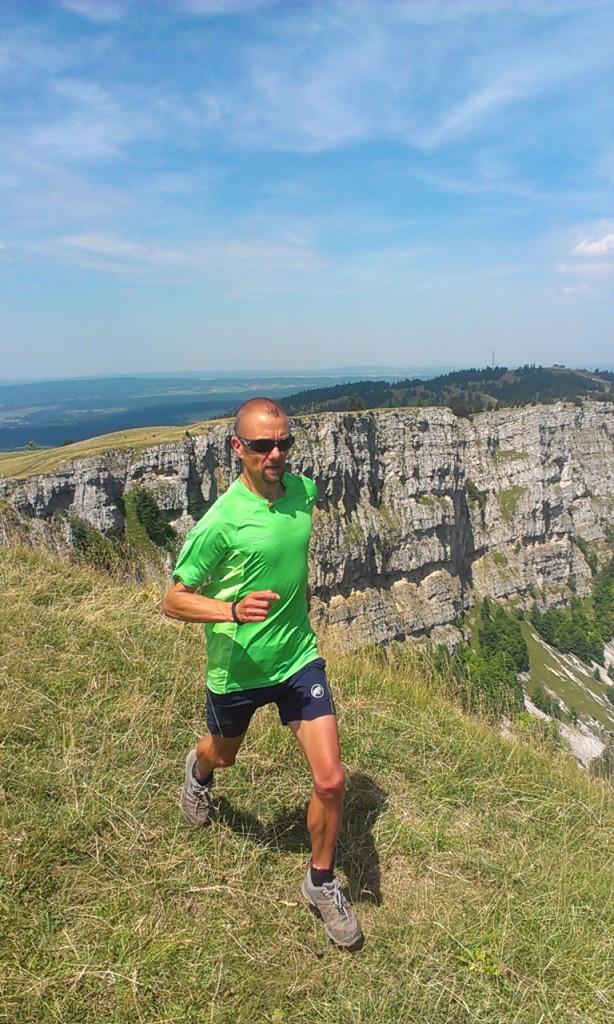 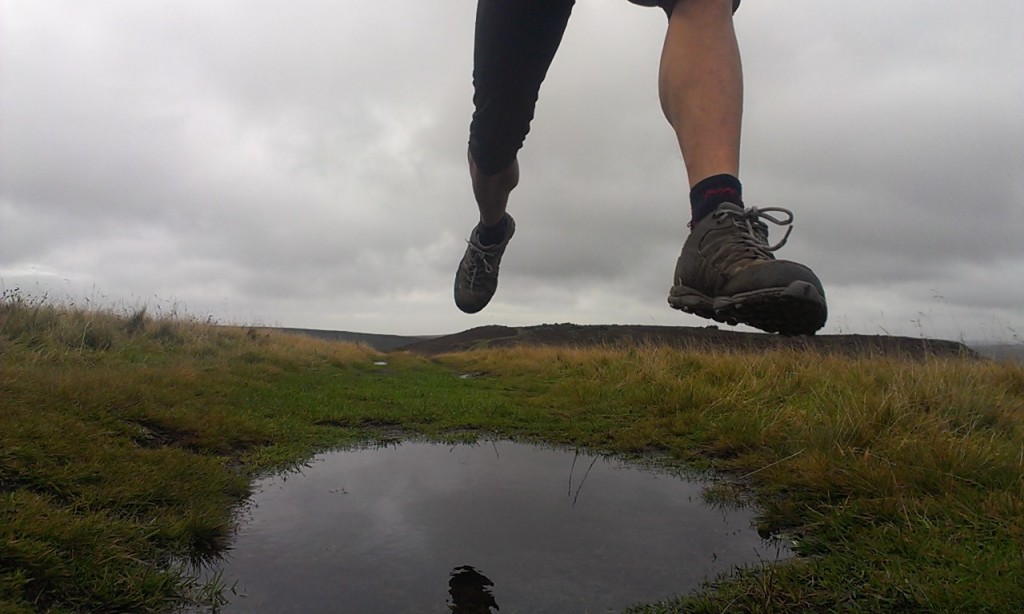 So it would make sense to go with another pair of Inov-8 Roclites seeing as these have served me well.  I still have the problem that the men’s 295 and 280 start in a size 7 which is too big for me so might have to go for a women’s model which come in a 6.5.

But I might just eke a few more miles out of these whilst I decide!