Running in icy conditions can be hazardous but thanks to Microspikes you can still enjoy those cold, crisp winter days.

Basically they are a form of crampon designed for walking or running rather than climbing. They consist of a set of small, stainless steel spikes connected by chains and attached to a piece of tough rubber (an elastomer). They are designed so that they can be worn on your footwear simply by stretching the rubber cradle over your shoes. 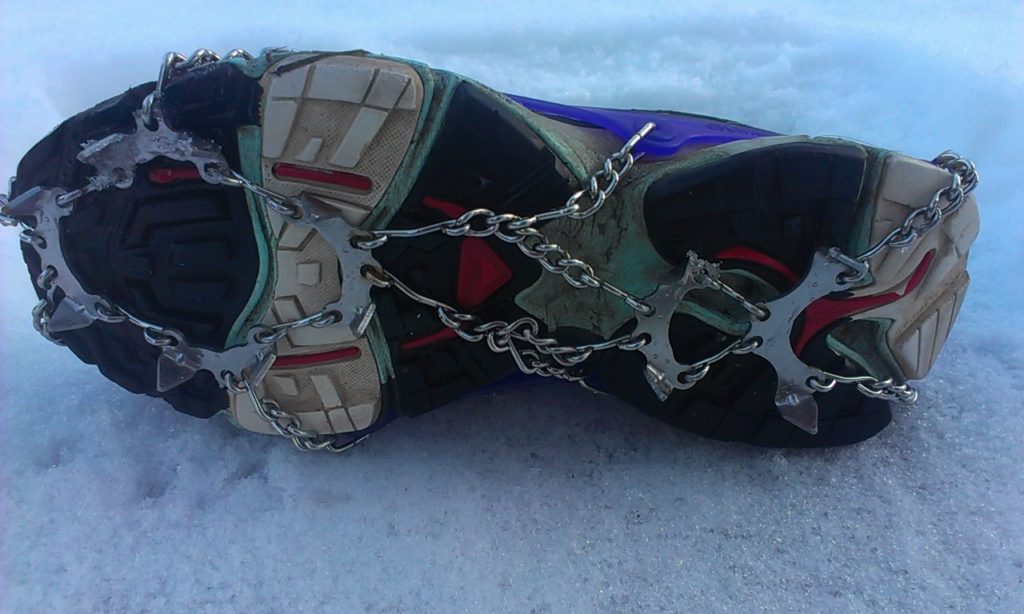 Microspikes attached to a running shoe 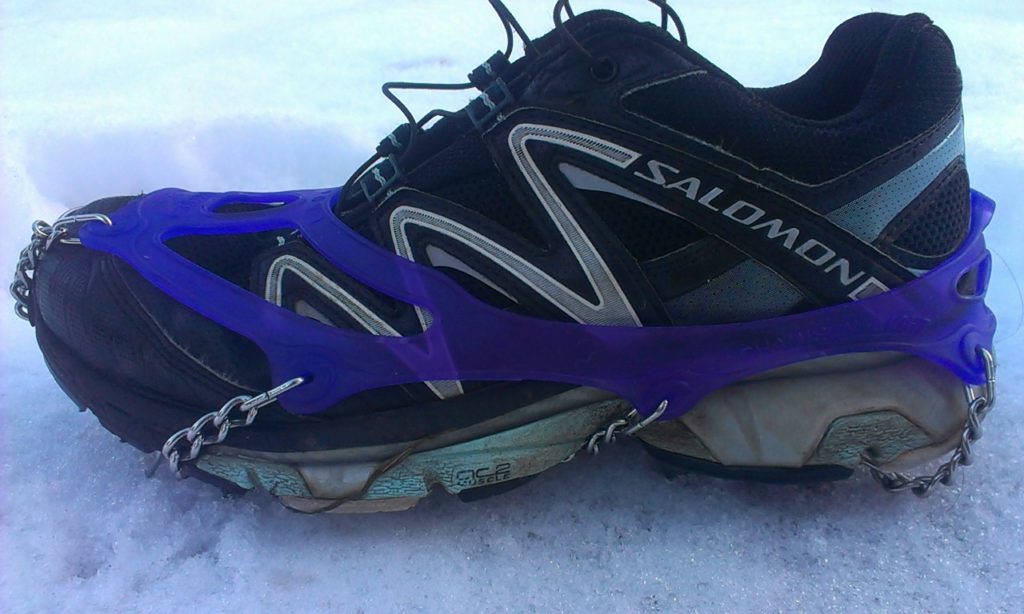 Microspikes held in place by a strong rubber cradle

Kahtoola microspikes are probably the best known brand but I also have some Chainsen Snowline Snowspikes which are virtually identical (but a bit cheaper!) I have the Light version which only weigh 235g for a Medium sized pair. The Kahtoolas are slightly heavier at 338g. They are available in different size ranges, I’ve found that you need have them quite tight to prevent them coming off whilst running through deep snow. 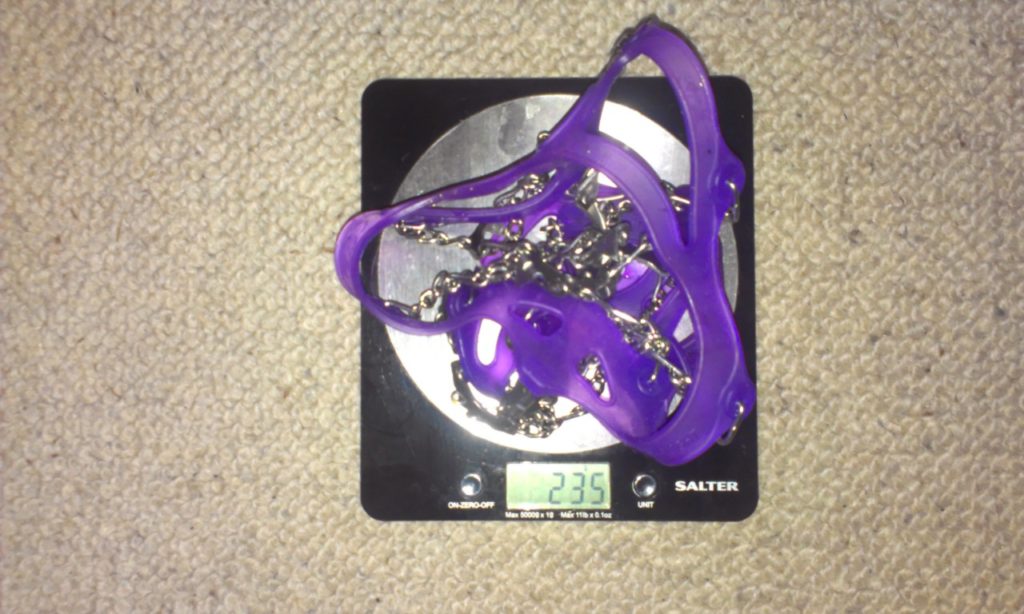 What conditions are they for?

The sharp spikes grip really well on smooth ice and hard packed, frozen snow. It takes a bit of time to build up your confidence but after a while you realise that you can run at your normal pace, even on the iciest of surfaces. Whilst they can be worn in snow they don’t really offer much more grip than a running shoe with a good tread.  They also work well on frozen ground such as grass and mud, even if there is no ice cover. You tend to find that you alter your stride slightly and land more flat footed than you would ordinarily do. Whilst they aren’t uncomfortable initially they can start to hurt a little if running for long periods on very hard surfaces. I once ran for about 15 miles wearing a pair and the soles of my feet were a bit sore afterwards! 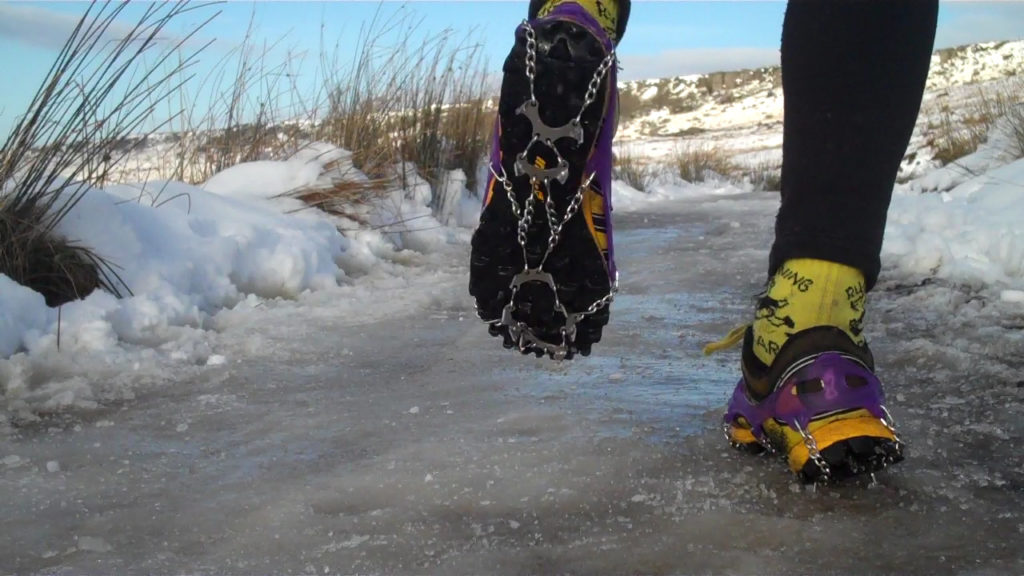 Most winter runs involve a variety of conditions; you might be running through fresh snow where few people have been but then encounter a well walked path where the snow has been compacted and refrozen. The first part wouldn’t require spikes but the second bit could be pretty treacherous. The good thing about both Kahtoola and Chainsen Microspikes is that their size and weight means that they can easily be carried in a bumbag or running pack and it only takes a few seconds to put them on. So you can take them on a run, put them on if you encounter any icy stretches and quickly take them off afterwards. The Chainsen spikes even come in a tough little pouch to prevent the spikes from damaging your bag. 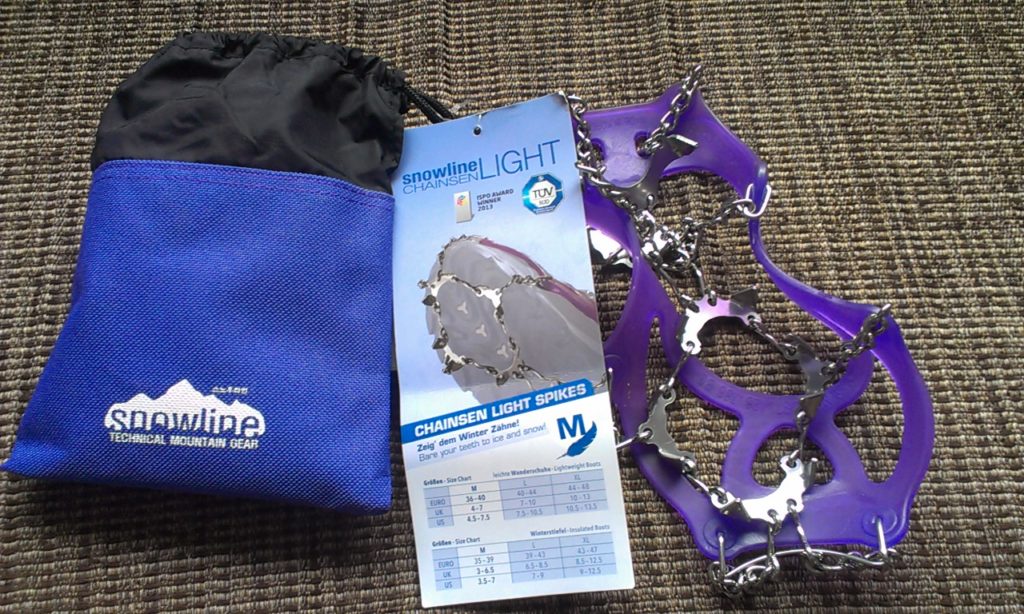 I have used them for winter running in the Peak District and also on a recce of the Charlie Ramsay Round in spring when conditions were still wintry. (note Microspikes are not suitable for ice climbing!) 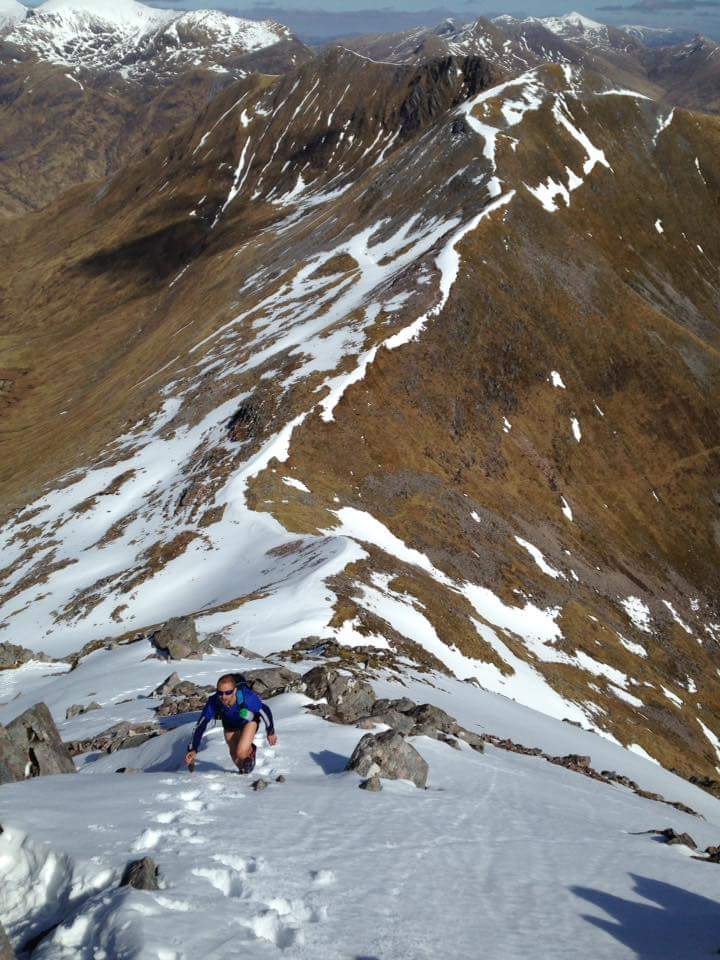 I used Chainsen Microspikes whilst recceing the Charlie Ramsay Round

Are they worth it?

At around £40 a pair they are worth getting if you intend to continue running outdoors throughout the winter. They don’t need to be confined to running, they can be worn over walking boots and even shoes meaning that you can tackle the icy pavements with confidence. I know people who’ve worn them for a trip to the pub!

So, if we continue to have cold winters a pair of Microspikes are a good investment, allowing you to enjoy running safely in conditions like this! 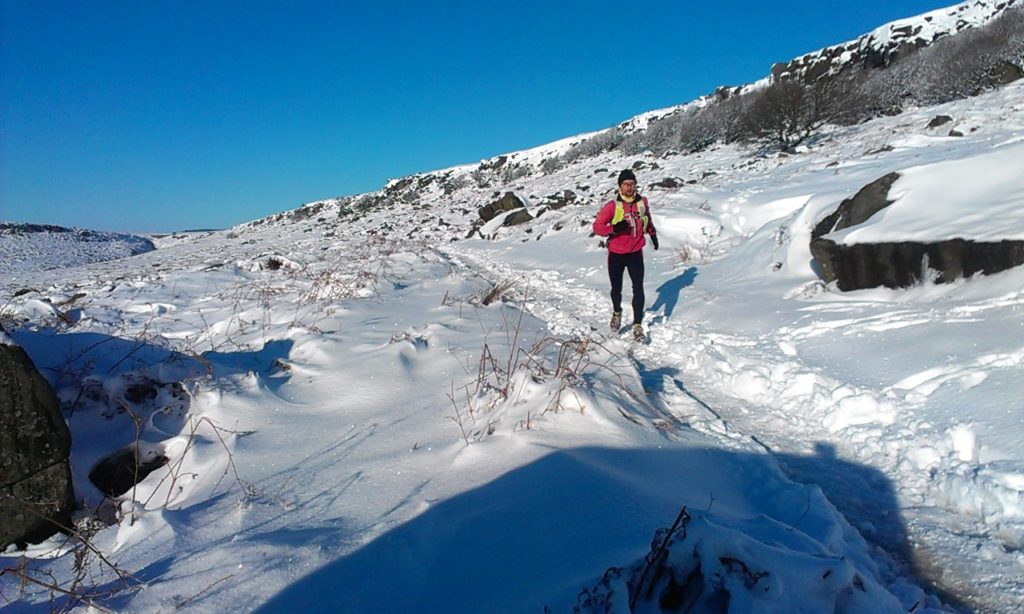 The video below shows how easy the spikes are to put on and how effective they are on icy terrain: