Not just slightly reflective but really bright, light up the night, dazzlingly reflective!  The sort of reflective that gets picked up by a torch from a hundred metres away. I first came across Proviz when a runner turned up to my winter training session wearing the Reflect360 jacket – we literally could see him coming! Their clothing covers a wide range of sportswear – socks, hats and gloves, shorts and tights, long and short sleeved tops, gilets and waterproof jackets. The reflectivness ranges from small logos and decals to the fully reflective jackets. 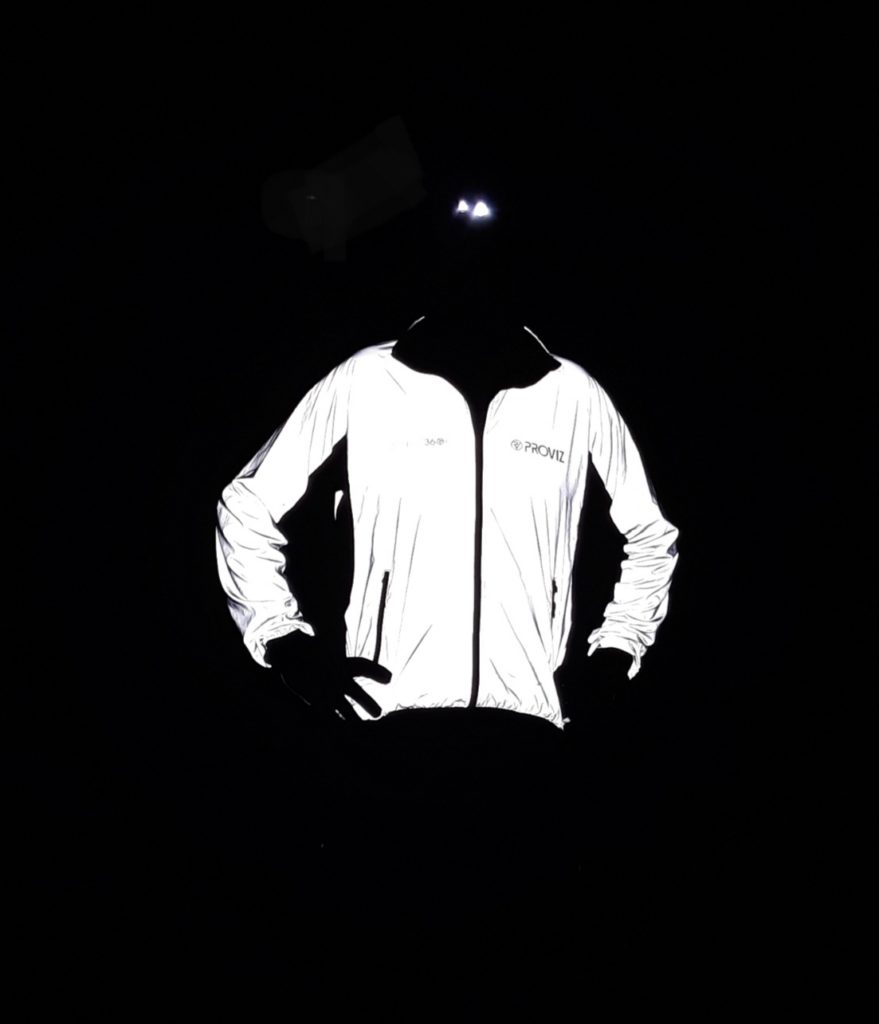 But do trail and fell runners need to wear reflective clothing? You could argue not but if some of your night time runs cross or include short sections of road then being visible to drivers is a good thing, especially if they are approaching you from behind. And yes you do in that worse case scenario where mountain rescue are shining their searchlights looking for you. Lots of runners are also cyclists too and will want kit that they can use for both sports and it really is important to be easily seen whilst riding in the dark. The Reflect360 jackets and gilets really are good all-rounders for both cycling and running. spot the runner in the Proviz top

I’ve got the Reflect360 beanie with its highly reflective trim which I use as an everyday running beanie and as mandatory kit for fell races. that’s not a head torch it’s a reflection! reflective decals on the Proviz beanie

So be seen and be safe this winter with Proviz clothing, see link for more details of their kit:
https://www.provizsports.com/