Most people who climb the 214 Wainwright fells in the Lake District do so over a number of years. In 2014 Steve Birkinshaw managed to complete a continuous circuit of them; over 300 miles and many thousand metres of climb, in just over six and a half days. There is no Map in Hell is Steve’s written account of his tremendous achievement. 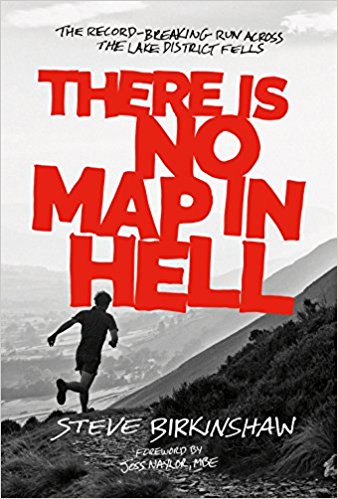 There is no Map in Hell

Legendary Lakeland runner Joss Naylor had completed the round in the 1980’s, taking just over seven days and it was thought that the feat would never again be attempted let alone bettered. However Steve’s background as a highly experienced fell runner specialising in ultra distance challenges (including winning the 2012 Berghaus Dragon’s Back Race) meant that he more than anyone had the fitness and determination to give it a go.

In the book Steve gives an insight into his family background and previous long distance adventures before he moves on to explain what the Wainwrights are and recall some of the history of early attempts by runners to complete the challenge. He describes the huge logistical task of planning the route, calculating a schedule and recruiting a team of helpers. He also discusses his training in preparation for the run.

Steve then gives the reader a day by day account of his progress including details of each leg of his route and recounts his feelings, both physical and mental which unsurprisingly deteriorate as the week goes by. There are also short accounts from Steve’s wife Emma and support crew which give a glimpse of what was happening behind the scenes and the highs and lows that they too experienced along the journey. 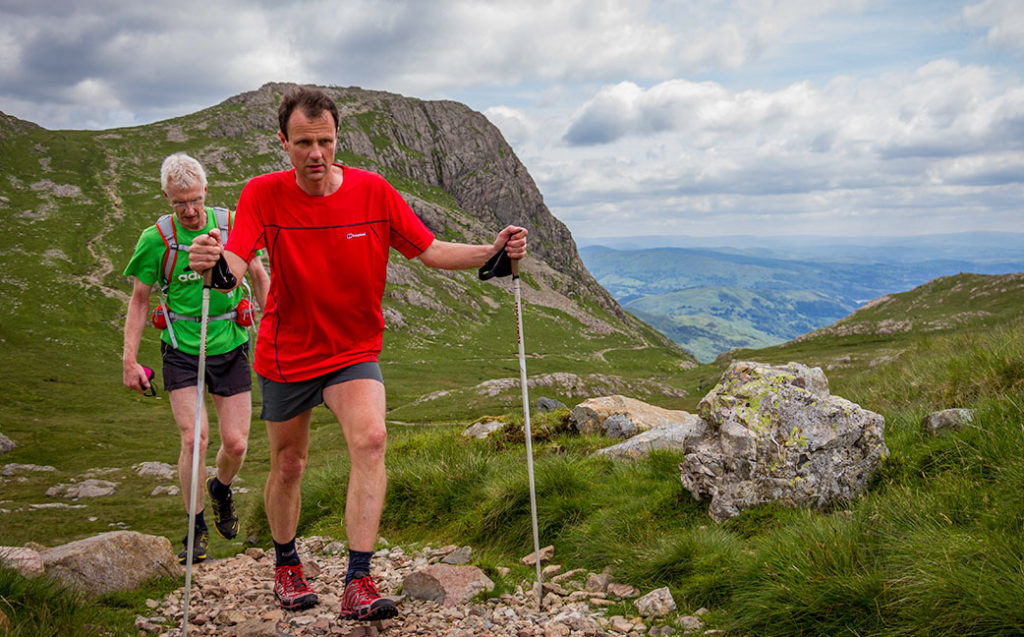 Steve during the Wainwrights attempt (from community.berghaus.com)

Finally he describes what he calls “The Aftermath”; the physical and mental toll of running the equivalent of two marathons with over 5,000 metres of ascent a day, every day for a week.

There is no Map in Hell will appeal to any fell runner who is familiar with the Lakeland fells or those who have experienced or are planning their own long distance challenge. Rather than being purely full of facts and statistics it gives an insight into the human side of a determined, family man who pushed his body to extraordinary lengths to achieve a running feat that many thought impossible.

There is no Map in Hell is published by Vertebrate Publishing.

Tweet
Share21
Pin
+11
22 Shares
Posted in Fell running, Lake District, Other, Reviews and tagged There is no map in hell.