The Nitecore UT32 is a dual-light head torch designed for trail running.

The Nitecore UT32 feels well made; the compact aluminium housing is reassuringly rugged without being heavy and two large buttons turn the torch on and control the settings. You need to press both buttons together to turn it on and the torch can be swiveled to prevent this happening accidentally. The torch is designed to be worn horizontally on the forehead and fits easily into the plastic head strap mount. It also comes supplied with a clip which allows it to be removed from the head mount and fixed elsewhere, for example on a rucksack strap or belt. It can also be used a hand held torch. An additional “over the head” elasticated strap is supplied for additional stability although I didn’t feel the need to attach it. The buttons and lenses are at one end of the torch, to switch between the cool white and warm white lenses you simply rotate the body of the torch 180 degrees and press the relevant button. Twisting the body of the torch allows you to adjust the angle of the beam up or down. The torch itself doesn’t have a recharging port, the batteries need to be charged separately. A battery may or may not be included – check before you buy (mine came with the NL1835R). The UT32 has a waterproof rating of IP68 (2 metres) and is shockproof to one metre and comes with a 5 year warranty. A spare O ring seal and button covers are also supplied. 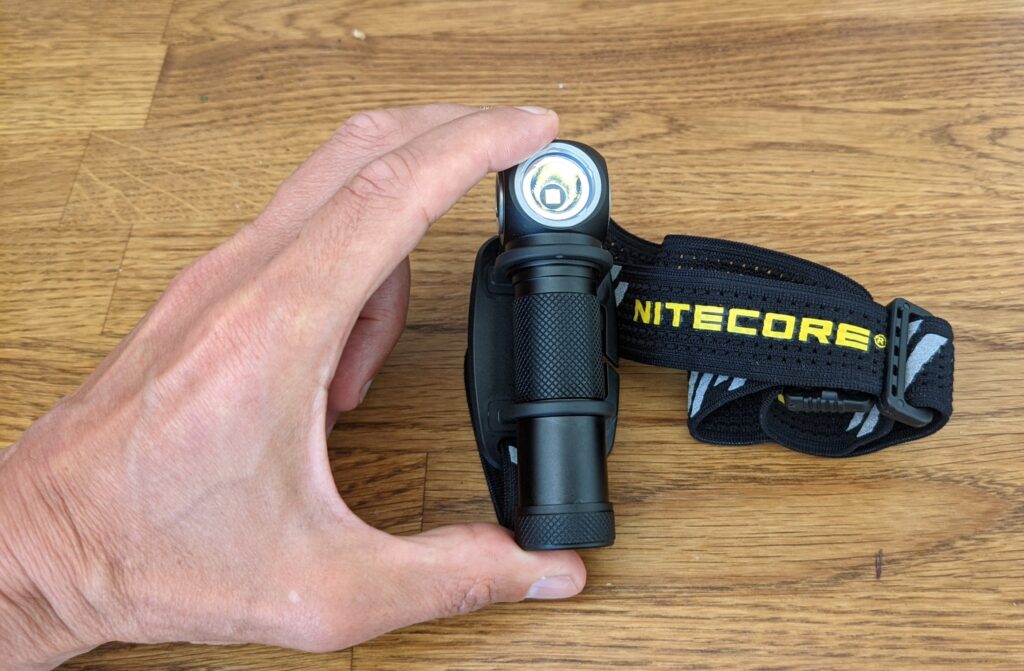 The UT32 uses either one Rechargeable Li-ion 18650 or two CR123 batteries. These are easy to fit by unscrewing the end cap of the torch. The torch might not come supplied with a battery, mine came directly from Nitecore and included an 18650 (3500mAh) Be aware that you can’t use any 18650 battery, I tried one with a flat top but it wouldn’t work, it needs to have a “button” top. 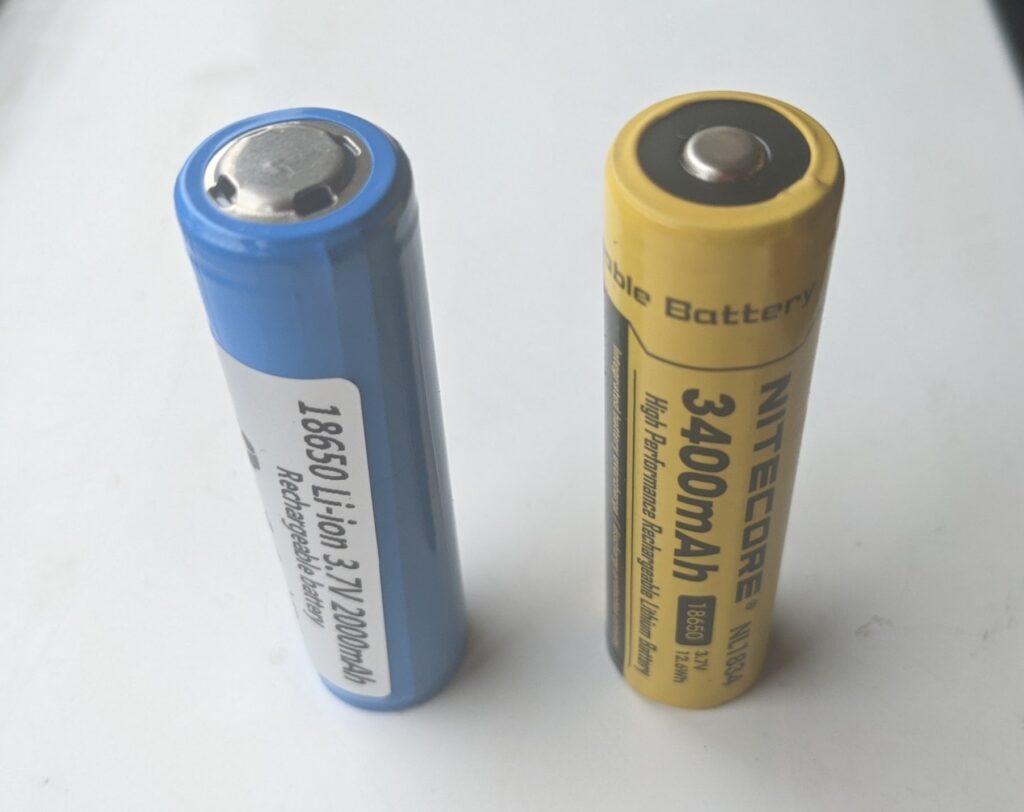 The torch itself doesn’t have a USB recharging port so you need to charge the battery independently. I got Nitecore’s own NL1835R battery with USB port; you simply plug a standard micro USB charging cable directly into the battery. 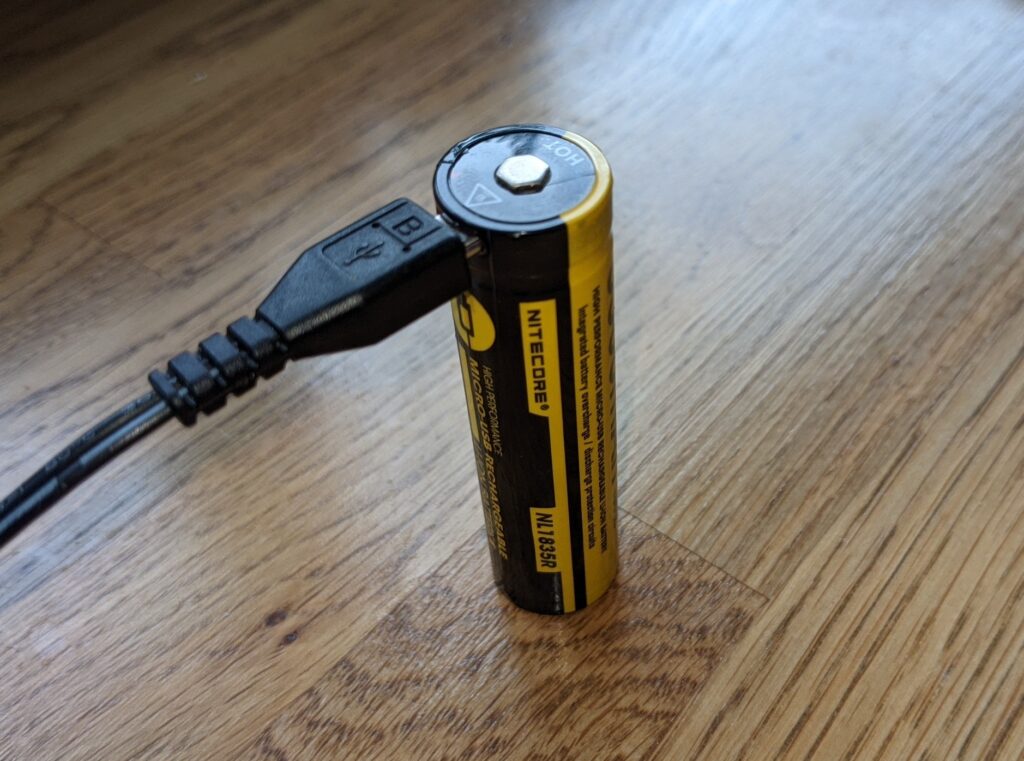 The settings on the UT32 are straightforward; there are two buttons, one for each lens and a single press scrolls through Low 70 lumens, Medium 200 lumens and High power 410 lumens. A long press gives a maximum brightness Turbo mode 1100 lumens which automatically drops down to the previous setting after 30 seconds. There are also two strobe settings; SOS and steady flash which are activated by three quick presses. Claimed battery life on high power is 3hr 45mins although I haven’t tested this.

I’ve used the Nitecore UT32 for several months including wild camping and a 5 hour overnight run supporting a Paddy Buckley round. I found it to be comfortable and stable. Despite all the weight being up front (the torch unit itself weighs 85g) it didn’t bounce around and I didn’t bother with the overhead strap. 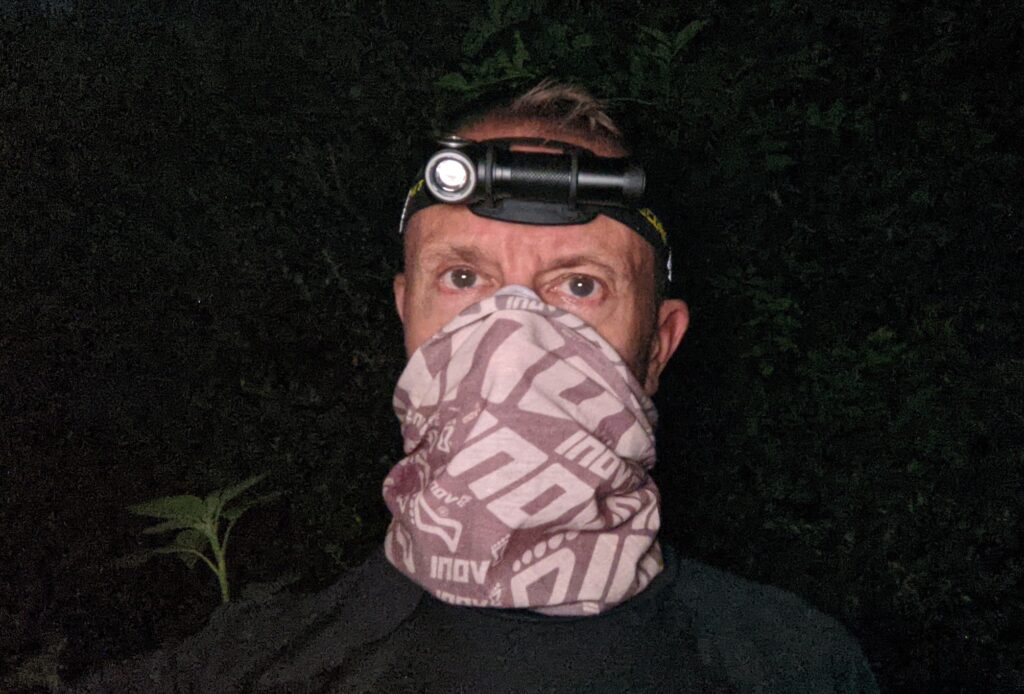 The big buttons are easy to locate and operate even whilst wearing gloves. During the Paddy Buckley run we did find ourselves in cloud on some of the summits and thus reduced visibility. This gave me chance to try out the warm yellow light. To be honest I didn’t really notice much difference other than the colour of the beam which is noticeably orange. In conditions like that I simply take the torch off my head and hold it closer to the ground which gives much better visibility as the water droplets aren’t illuminated directly in front of your eyes. 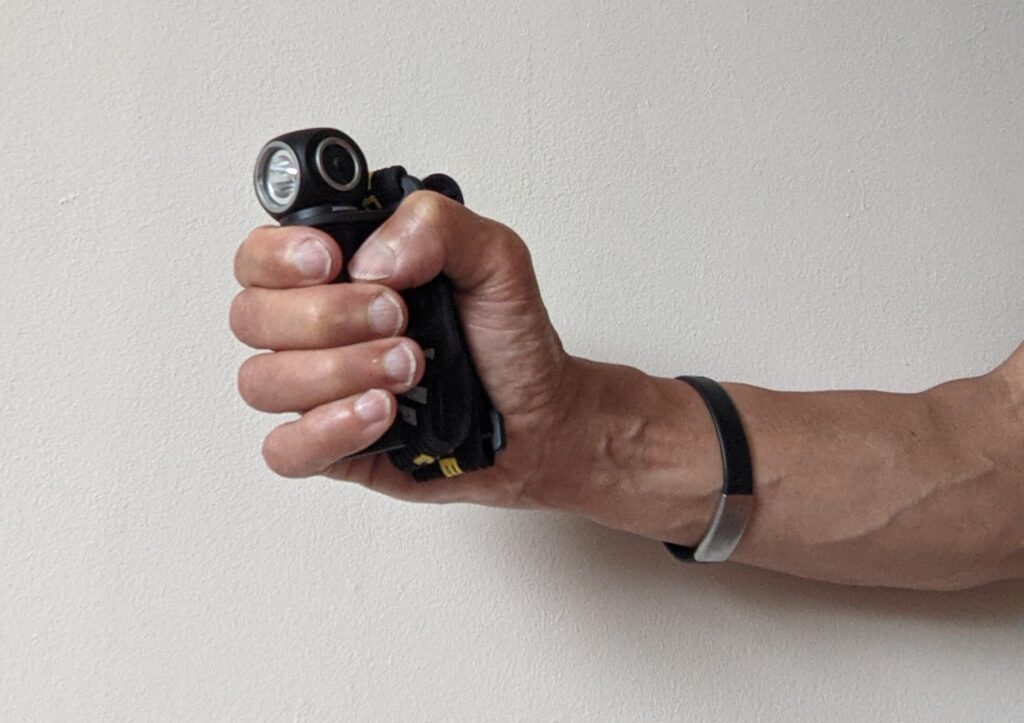 in bad visibility I hold the torch low to the ground

The shape of the UT32 does make it easy and comfortable to use as a hand held torch so that is how I used it in the “clag”. The design of the lenses means that the warm light mode gives a slightly further illumination distance as can be seen in the photos: 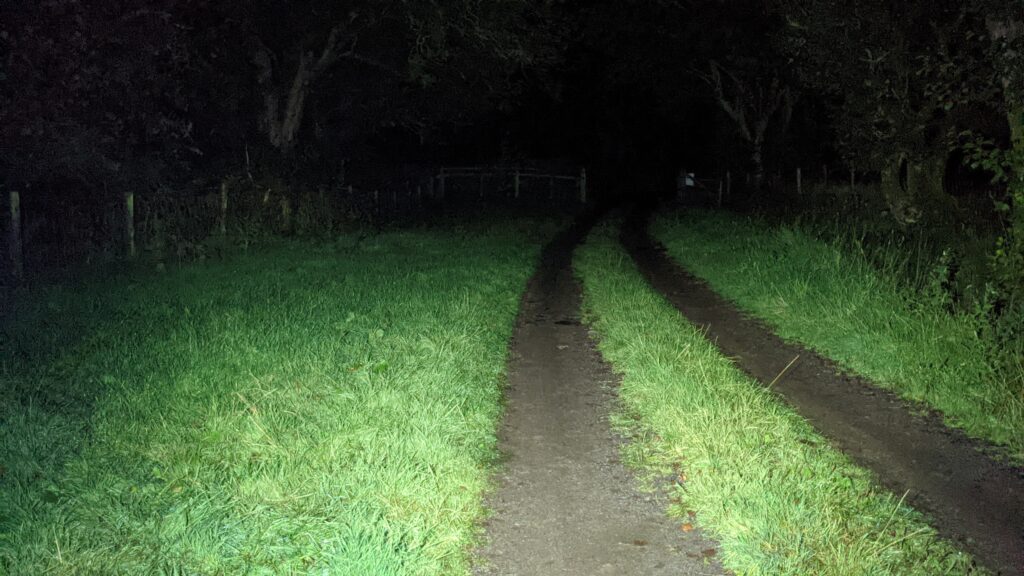 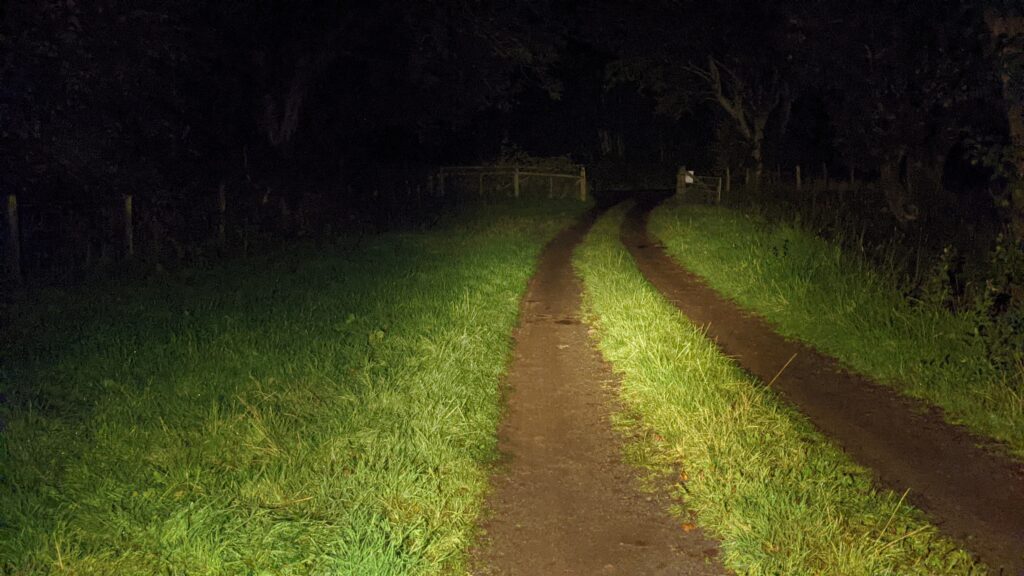 During the Paddy Buckley run I used the torch on the medium power setting and there was plenty of charge still available when I switched it off (if you unscrew the cap as if to remove the battery then screw it up again the torch flashes, the number of flashes indicating how much charge is left). As stated, the warm light setting is noticeably yellow / orange compared to the usual head torch setting and it takes a bit of getting used to. Having said that I find it preferable for use in a tent and around camp where it is much softer than the harsh, white, standard torch setting.

Not convinced of the effectiveness of the warm light setting in bad visibility.

Full technical details can be found on the Nitecore website.